The China of today is a tale of two nations, markedly different inward facing versus outward facing, according to Dr. Elizabeth Economy, an internationally recognized expert on the country, speaking at the latest Leaders + Legends speaker series held at the Johns Hopkins Carey Business School.

“The China that [President] Xi Jinping has created is one that overall I see as more repressive and authoritarian at home but much more ambitious and expansive abroad,” said Economy, C.V. Starr Senior Fellow and Director for Asia Studies at the Council on Foreign Relations, and a distinguished visiting fellow at Stanford University’s Hoover Institution.

One of foremost scholars and experts on Chinese domestic and foreign policy, Economy is the author of numerous books regarding China, examining topics from environmental challenges to the nation’s role in global governance. Her latest book, The Third Revolution: Xi Jinping and the New Chinese State, explores Chinese President Xi Jinping’s political, economic, and foreign policies during his rise to power.

At China’s 18th Party Congress, held in October 2017, Xi was re-selected as general secretary of the party for another five-year term. “China has stood up, grown rich, become strong, and is moving toward center stage,” he said at the time.

“That phrase, I think, better than most anything I’ve ever encountered, really encapsulates both the trajectory of China’s political ambition, over the past 60 years or so, as well as how Xi Jinping himself views his tenure, his place, in contemporary Chinese political history,” observed Economy.

During Xi’s rule, a “new model” of Chinese politics has emerged, according to Economy.  In addition, the Chinese leader has initiated a “very significant transformation” and “set of significant shifts,” she added, citing four in particular.

The first such shift is a “movement away from former leader Deng Xiaoping’s rule of consensus and collective-based decision-making back toward a far more one-man authoritarian form of rule,” said Economy. To that end, she noted, Xi has amassed an enormous amount of institutional power, leading many of the commissions that oversee the formation of domestic and foreign policy, including cybersecurity, economic reform, and national security.

In addition to launching an extensive anti-corruption campaign, “the most impressive in [China’s] history,” according to Economy, Xi also has eliminated China’s two-term limit on the office of the presidency. The result is that Xi holds the three most important positions in the nation: general secretary of the Communist Party, president of the country, and chairman of the Central Military Commission.

A second shift during Xi’s tenure has been reassertion of the Communist party in the everyday lives of China’s citizens, as well as the Chinese economy. Examples include a nationwide surveillance system with a goal of 600 million cameras by 2020; and a “Social Credit” system that closely monitors the financial and social activities of Chinese citizens. Party Committees are also more involved in economic decision making for multinational companies doing business in China.

What will be the rules for the 21st century? China wants very much for those rules to reflect Chinese, values, priorities, and interests ... This is setting the stage for a much longer set of discussions between China and other countries.”

Another area of marked change is the “virtual wall of restrictions and regulations” affecting both what information enters China and the flow of information to the outside world.  Restricted access to the internet and its contents is a prime example. Most significant, perhaps, according to Economy, are the new restrictive measures pertaining to foreign Non-Governmental Organizations (NGOs), approximately 7,000 of which were operating in the country when Xi took power.  These groups have traditionally been active in the fields of environmental regulations, poverty remediation, and health care issues, among others. “Very active cooperation between foreign NGOs and their domestic counterparts … [is] one of the foundational pillars … of the U.S.-China relationship,” said Economy. Now, with onerous new laws on registration and operation in place concerning foreign NGOs, and oversight moved from the Ministry of Civil Society to the Ministry of Public Security, only 300 to 400 are legally registered.

A fourth big shift is one that has seen China move away from a low-profile foreign policy to a far more ambitious and expansive agenda. There are three areas where this is particularly noticeable, said Economy.

One includes stepped-up claims of Chinese sovereignty concerning the South China Sea, Hong Kong, and Taiwan – areas long considered by China as its own. A “reunification” of China by 2049 is one of Xi’s goals, according to Economy. “I believe that he is moving toward making progress on achieving that goal, and he will continue to do so,” she added.

Another is Xi’s Belt and Road Initiative (started in 2013), an ambitious project to connect China to rest of Asia, the Middle East, and to Europe and Africa through hard infrastructure including roads and pipelines, ports, railroads, and highways. The mammoth undertaking has evolved to include a digital component, including satellite systems, ecommerce, and fiber optics, as well as a “Polar Ice Belt,” designed to connect China to Europe through the Arctic – a more expeditious route. Visionary in size and scope, Economy described the Belt and Road Initiative as Xi’s “signature policy initiative.”

Lastly is the phenomenon of Xi attempting to shape norms, values, and institutions around global governance, specifically, China’s views on such topics as the internet, human rights, and development issues. “What will be the rules for the 21st century? China wants very much for those rules to reflect Chinese, values, priorities, and interests,” said Economy. “This,” she added, “is setting the stage for a much longer set of discussions between China and other countries” not just with the United States but with nations the world over. 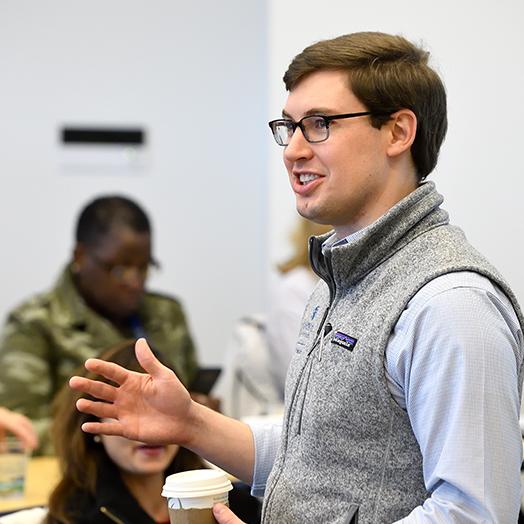 Seeing Others’ Big Triumphs, We May Feel More Motivated than Usual to Succeed 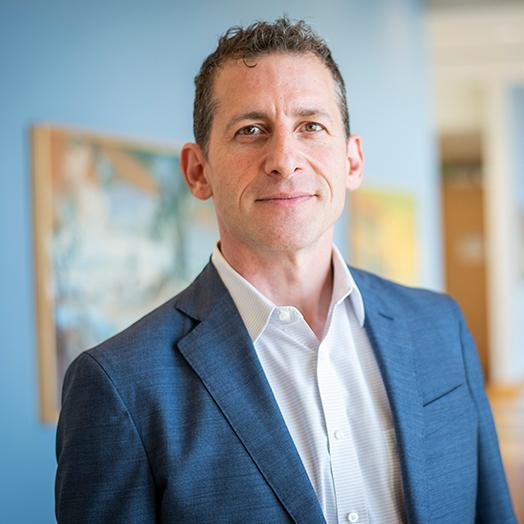 Professor Phillip Phan is the co-editor a new book on family-managed enterprises, a topic that has...