We're actively monitoring the global COVID-19 pandemic. Learn what Johns Hopkins Carey Business School and our university are doing to ensure the health and safety of the Carey community.

Get the latest updates

The devastation wrought by the COVID-19 outbreak is evident not only in the well-known “global cases” map produced by Johns Hopkins University. It’s also displayed nearly daily in the downward-pointing graph lines from stock markets around the world.

March 11, 2020, proved especially noteworthy, and grim, as the latest declines ended the longest-lasting bull market in the history of American equities. The Dow Jones Industrial Average took a tumble that day of nearly 6 percent. That left it 20 percent below its record high of just a few weeks earlier. The bear was back on the prowl.

At the close of the day, Carey Business School Associate Professor Alessandro Rebucci viewed the damage from the recent market activity and offered his interpretation of what it means for the near term and what it could mean in the long term. For the most part, his outlook is not rosy. “The U.S. economy,” Rebucci said, “depends on the optimism of its consumers, and this has been shattered by the COVID-19 pandemic.

QUESTION: Is recession an inevitable result of this crisis? Even without the COVID-19 crisis, weren’t experts already expecting a recession to occur relatively soon?

ALESSANDRO REBUCCI: Unfortunately, it looks inevitable at this point.

There were some chances to have a U.S. recession in the near future even before the COVID-19 crisis because of the trade wars and the long duration of the ongoing expansion. COVID-19 is disrupting the supply chain, forcing the interruption of economic activity in entire sectors and areas of the economy, and creating tremendous uncertainty that is stoking a steep drop in consumer and business confidence globally.

The U.S. economy depends on the optimism of its consumers, and this has been shattered by the COVID-19 pandemic.

Based on our information to date, can you tell whether the current shock will be short-lived or long-lasting?

The direct and indirect disruptions to business activities reduce the aggregate supply of the economy. Lower confidence curtails demand. And the two can reinforce each other.

Moreover, this is going to be a global recession. If there is a financial crisis, which we cannot rule out once corporate bankruptcies and defaults start to materialize, it will be longer and deeper than the 1991 and 2001 recessions, and possibly worse than Great Recession. This is why the stock market is gyrating like a wounded bull.

Are we potentially looking at financial losses along the lines of the Great Recession?

Not necessarily. Overall, the financial system is in much better shape, with only pockets of excess leverage and hidden vulnerabilities. But we will see localized losses and failures. We know the plumbing of the financial system has had troubles in recent months. We will see more of that, but I don’t see a risk of a systemic meltdown. But insurance and reinsurance will be dealt a blow. That will affect part of the financial industry. The Fed is well equipped to deal with this aspect. This is the easy part of the policy response.

How long would recovery take under each scenario (short-lived shock vs. long-lasting shock)?

It’s too early to say. We need to remember that pretty much everything we were dealing with in terms of macroeconomic challenges up to just a few weeks ago was a legacy of the global financial crisis and the ensuing Great Recession. The COVID crisis will remain with us for quite some time and will certainly shape the next decade, including the future of globalization, risk management, health care, and education.

What will be the impact on the supply-and-demand interplay that typically governs economies?

Halted production in China is disrupting manufacturing globally. Virus-containment measures are forcing service industries to improvise new work arrangements. Workers without health insurance will avoid treatment, and workers without paid sick leave will try to protect their paychecks. This is the biggest vulnerability of the U.S. economy at the moment. Overall, COVID-19 represents a large negative-productivity shock, imparted on an economy that was creating lots of jobs but not very productive ones. Uncertainty induces people to postpone spending and businesses to defer or scrap investment plans. This abates demand. Lower output means lower income. Lower income means lower spending, which means unemployment and sinking profits. We are in a doom loop, unfortunately.

If this can be deemed a global economic crisis, are certain nations and regions going to be affected in significantly different ways?

I am thinking about the energy sector, which has been hit by an oil price drop not seen since 1991. A large chunk of the shale industry will be wiped out, and with it will go their lenders.  Saudi Arabia has a marginal extraction cost of about $10 per barrel. Shale production needs a price above $40 to be viable. We are at $30, and Saudi Arabia has committed to flood the market when global demand is falling.

But the shock is now global, and we will all be affected to a different extent.

Do you think some nations will take away lessons from this crisis – for example, not relying (or relying less) on China as their primary supplier of parts and products?

It’s too early to draw lessons. It is time to quickly rehearse good principles of crisis management learned in previous crises and look around the world to see what is working and what is not working in handling the crisis. A fundamental principle of crisis management is that interventions must overshoot the problem to work in counter-tendency. Universities have taken the situation seriously and done just that. China has not taken chances, and we see positive results. The Federal Reserve has done its part thus far and will continue to do so. The administration and Congress are starting to take the situation more seriously. I hope there will not be further hesitations.

What kinds of industries might benefit financially from this crisis?

Obviously, telecommunication and any business involved in facilitating social distancing.  Certain segments of the entertainment industry. Utilities, health care, and real estate.  In the higher-ed space, I think this will be an inflection point for online education.

Do you think a government bailout will be necessary?

The situation calls for massive federal government intervention. We should think about this akin to the onset of World War II to get a sense of the magnitude of what lies ahead of us and what is needed to avoid a catastrophe. We don’t know whether the epidemic will end with the summer. This is the most important source of uncertainty. The virus is threatened above 80 degrees Fahrenheit.

The exceptionally mild winter could be the ultimate lifesaver for the U.S. economy, despite reflecting the big long term risks of climate change. But China and all other countries currently affected are vulnerable to the second wave of infections. Financial bailouts will be inevitable but will not be the most difficult part of the policy response.

Striking the right balance between containing the spread of the virus and supporting economic activity is the main policy trade-off. China’s experience suggests that frontloading the containment to deal with the economic fallout with more certainty on the diffusion of the virus could make the task more manageable.

The Presidential election complicates policymaking and compounds uncertainty. Hopefully, it will also discipline the policy response as the verdict will be delivered during the fact.

For Johns Hopkins, it is time to think about how to support the city and its communities. The virus and its economic impact will hit hardest on the weakest and the poorest. This is the time to invest massively in protecting the city from what is coming, taking the opportunity to plant the seeds of Baltimore’s resurgence. 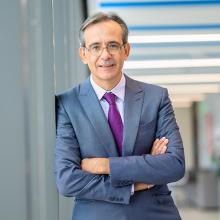 Alessandro Rebucci is an Associate Professor in the research track, holding a joint appointment with the Economics Department of the Krieger School of Art and Science. Prof. Rebucci is a NBER Faculty Research Fellow (International Finance and Macroeconomics Program), a CEPR Research Fellow (International Macroeconomics and Finance Programme), and a Research Fellow at the Center for Urban & Real Estate Management, Globalization of Real Estate Network (University of Zurich) and the Centre for Applied Financial Economics (University of Southern California). 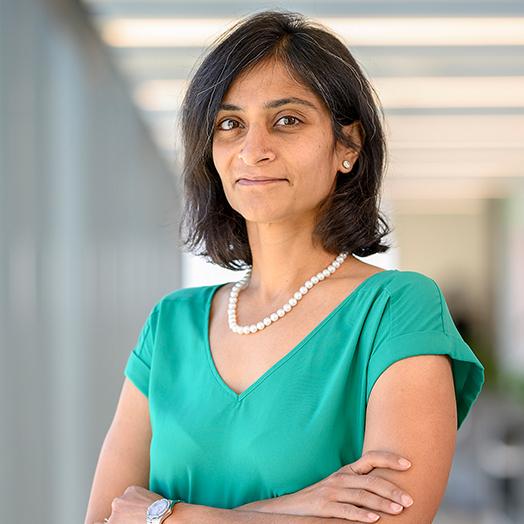 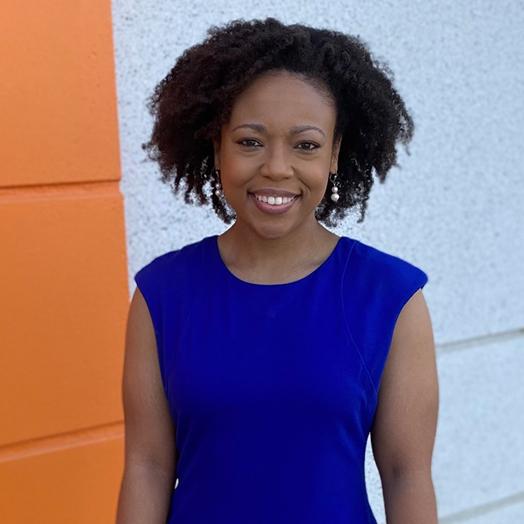 From a Johns Hopkins MBA to a career at Cigna

Morgan Wallace (MBA ’20) used her Johns Hopkins education to transition to a role in health care at... 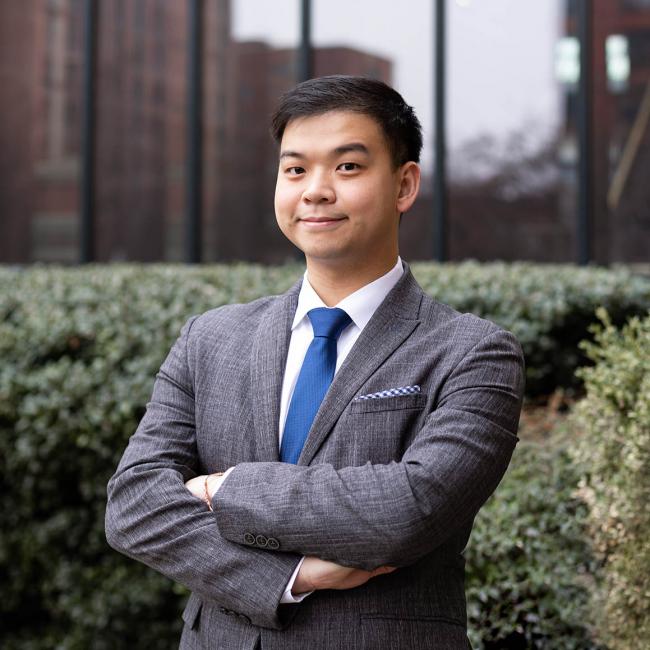