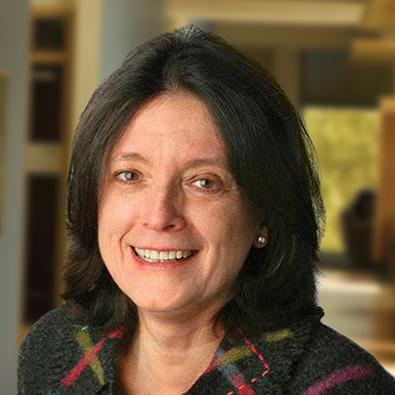 As Kathleen Day sees it, every financial crisis in the past 100-plus years shares at least two ingredients. First, easy credit: “Too much money being lent out for too few good investments,” she says. And secondly, collective Kool-Aid drinking: “A ridiculous assumption that everyone buys into at the time.”

“So, in the 1920s, the Kool-Aid was that the stock market will never go down,” says Day, a Johns Hopkins Carey Business School lecturer of finance and an expert on financial crises. “In the savings and loan crisis [of the 1980s], the assumption was that the hundreds of insolvent banks at the time could grow out of their problems.” And in the housing bubble meltdown of just over a decade ago? Many people were drinking long tall glasses of “home prices will always go up.”

During her 30-year career as a business reporter for The Washington Post, Los Angeles Times, and other media outlets, Day covered financial crisis in the trenches. But while reporting on the misdeeds as they happened, she began to understand how much each crisis was connected to the ones that came before.

In her new book from Yale University Press, Broken Bargain: Bankers, Bailouts, and the Struggle to Tame Wall Street, she follows the crisis chain back through a gallery of infamous characters ― Charles Mitchell, Jeffery Levitt, Charles Keating, Angelo Mozilo — to Founding Fathers Jefferson and Hamilton quarreling over government’s role in banking. “Jefferson thought incorporated banks were too dangerous, and Hamilton thought they were dangerous but necessary,” Day says.

The titular bargain can be distilled thusly: Government, on the public’s behalf, allows banks and other financial corporations to form and operate for a profit in exchange for a degree of oversight and regulation to ensure they are not doing the public harm. While the book begins in the powdered-wig days, the bulk of it deals with the more modern era, after the establishment of the Federal Reserve in 1913 and the flurry of new rules drawn up in the wake of the Great Depression in the early ’30s.

“This is when the bargain was strengthened, and we got the Securities and Exchange Commission to police markets,” Day says. “And we strengthened the role of the bank regulators in the Treasury Department and at the [Federal Reserve].”

This is also when the Federal Deposit Insurance Corporation was formed, providing government guarantees for bank deposits (up to a limit). Curiously, we learn that Franklin Delano Roosevelt — Mr. New Deal himself — was initially opposed to the idea, while Herbert Hoover supported it. There is a “moral hazard” inherent in such a scheme, Day notes: “The fear that depositors would become indifferent to how institutions, where their money is kept, are run, giving executives free rein to do whatever they want.”

In the end, FDR saw how the FDIC could end bank runs, and acquiesced, but only in exchange for tougher oversight. The modern bargain was in place. Which raises the question: How have the dangerous duo of easy credit and Kool-Aid concepts continued to cause so many crises?

“What happens over and over is that the regulators and overseers forget their obligation to be there on behalf of the public, including taxpayers, and companies start to tell the government to go away ― there’s too much red tape, you’re hamstringing us,” Day says.

One solution is to just ditch the bargain, the FDIC, and all the rest. “At least that's consistent because you're not drawing on taxpayer dollars,” Day says. However, she doesn’t believe that Americans would go for the “crazy” atmosphere of “wildcat banking” that existed for much of the 19th century.

“So, what you need is a Congress that will oversee the overseers,” Day says. “For that, I think we need campaign finance reform because the financial services lobby is the most well-heeled of any industry, bar none.”