The Business Roundtable (BRT), a nonprofit association of American CEOs, occasionally issues its Principles of Corporate Governance – in essence, the group’s guidelines for how a large company should behave. In 1997, the BRT principles came down on the side of “shareholder primacy,” the notion that businesses exist to serve the stockholder first. 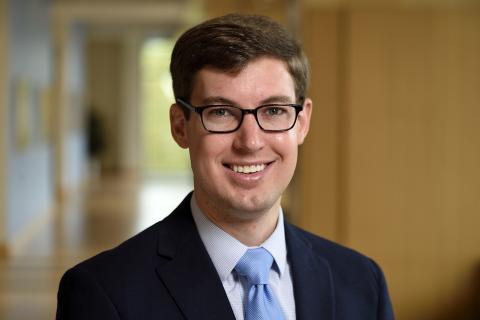 That position held for more than two decades. Then, last August, the BRT issued revised principles asserting the primacy of “all stakeholders” – not just shareholders but also customers, employees, suppliers, and communities.

BRT Chairman Jamie Dimon, chair and CEO of JP Morgan Chase, said at the time the revamped guidelines were put forth: “The American dream is alive, but fraying. Major employers are investing in their workers and communities because they know it is the only way to be successful over the long term. These modernized principles reflect the business community’s unwavering commitment to continue to push for an economy that serves all Americans.”

In the fall/winter 2019-2020 issue of the Carey Business School’s Carey Business magazine, Assistant Professor Christopher Myers offers a commentary on the BRT’s change in outlook. Myers, a researcher with expertise in organizational behavior, learning and knowledge management, health care organizations, and leadership development, poses the question, “What will be done differently in these corporations under this new statement of purpose?”

In August, members of the Business Roundtable – an association of the CEOs of some of America’s largest companies – issued a revised “Statement on the Purpose of a Corporation.” Departing from the shareholder primacy perspective the group has endorsed since 1997, this new statement emphasized the need for corporate responsibility to all stakeholders, including not only financial shareholders but also customers, employees, suppliers, and communities.

A more stakeholder-focused approach to corporate governance can generate a number of benefits for the well-being of a company’s employees, constituents, and communities, as well as contribute to the long-term stability and success of the corporation itself. As Alex Gorsky, chairman of the board and chief executive officer of Johnson & Johnson and chair of the Business Round- table Corporate Governance Committee, noted, this perspective “affirms the essential role corporations can play in improving our society when CEOs are truly committed to meeting the needs of all stakeholders.”

Yet, in many ways, there’s nothing new happening here. The rise of shareholder value maximization as the commonly accepted purpose of corporations came to prominence only in the 1970s and 1980s, amid a wave of activist investment and hostile takeovers. Prior to this, a more pluralistic stakeholder-focused approach was the norm, so the Business Roundtable’s decision can be seen in this light as a return to an older perspective on the purpose of corporations in our society. 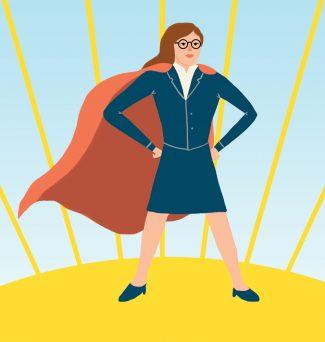 Though potentially significant as a symbolic act, the Business Roundtable’s statement has drawn skeptical reactions. In an era when leaders take to the media to profess all sorts of idealistic positions and vague promises of good intentions, it is easy to view this statement as nothing more than empty rhetoric, espoused by CEOs of large corporations in need of positive press coverage. Many have pressed these CEOs to demonstrate a commitment to corresponding action: What will be done differently in these corporations under this new statement of purpose?

It is this question of action that should focus the attention of leaders at all levels of organizations. As research on organizational culture has long noted, changing culture– particularly on something as central as the fundamental purpose of a corporation– does not simply happen by proclaiming that the company has new values. Edgar Schein, an expert on organizational development, observed that an organization’s culture is encapsulated in not only the values it directly espouses but also intangible artifacts of these values (visible actions or symbols that reflect the values) and in the deeply rooted beliefs and assumptions that underlie the values.

Simply issuing a new statement of values is not sufficient to change culture. Shifting to a culture of stakeholder value requires changing the fundamental assumptions of an organization’s members (which takes time) as well as altering the visible artifacts and manifestations of the organization’s values to bring them in line with the new perspective.

This suggests that simply advocating for stakeholder value through a new statement of purpose is unlikely to change the actual culture of any of these corporations in the absence of more significant structural changes. A statement of stakeholder value is toothless in the eyes of corporate managers who are still incentivized with stock options. Whatever the CEO says, the corporation is still communicating its “real” values by how it treats its employees, and stock options signal that share price still reigns supreme.

So while the stated commitment of these CEOs to corporate life beyond shareholder value maximization is encouraging, we should keep our eye on what happens next. Are these CEOs ready and willing to change the visible practices and deeply held assumptions of their organizations? For instance, will we see an increase in the number of corporations pursuing certification as a Benefit Corporation (B Corp; a business committed to higher standards of purpose, accountability, and transparency)? Will we soon look back on stock options as an outmoded form of compensating employees?

Only time (and encouragement from organization members) will tell if CEOs will implement these changes, reinforcing their statement as a truly new start – or whether the statement will be revealed as optimistic rhetoric masking the same old story of corporate governance. 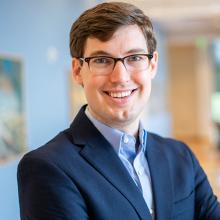 Christopher G. Myers, PhD (Management & Organizations, University of Michigan) is an Assistant Professor and Academic Director of Executive Education at the Johns Hopkins Carey Business School, with joint faculty appointments in the School of Medicine and Armstrong Institute for Patient Safety & Quality. His research explores questions of learning, development, and innovation in organizations, as well as how people learn vicariously from others’ knowledge and experience at work, and he focuses in particular on learning in health care organizations and other knowledge-intensive industries.