The Community Consulting Lab will begin accepting applications for its eight-week program on Dec. 12

Jamila Sams has never been someone who waited for direction before finding her way ahead.

She spent three years as a Baltimore City elementary school teacher. Then she became the executive director of the Malcolm X Youth Center in partnership with the Baltimore Mayor’s Office of Employment Development, handling workforce development for 16-21-year-olds. After that, she became an assistant principal at a school in the Southeast Baltimore community of Fells Point.

It didn’t take long for her to realize the work she loved most was building relationships with young people, their parents, and the community. She was starting to feel like this was her purpose. So in 2015, she launched Go to Ms. Sams, Inc.

“Go to Ms. Sams came out of this desire to help schools, organizations, and corporations to build meaningful connections with young people,” Sams said. “The name came from being an administrator and hearing teachers yell, ‘Go to Ms. Sams!’ on a daily basis. I wanted to change it from something that had a negative connotation and frame it in a positive way.”

The business partners with schools, nonprofits, and corporations to help adults build authentic connections with young people. It works to create equitable, positive, and productive spaces in communities where children struggle to be seen, heard, and valued by society.

“Are we really making sure that we tap into the cultural competencies and nuances of the culture we’re serving? Is there student voice? Is there student choice? Are there meaningful community partnerships? Anything that helps a school community to thrive and not just survive, that’s the work we’re doing,” Sams said.

But Go to Ms. Sams Inc. was just the beginning. Schools were beginning to emphasize social-emotional learning, or SEL. It’s a process that helps young people develop five key personal and interpersonal skills: self-awareness, self-management, social awareness, responsible decision-making, and relationship skills. Sams found herself writing curriculum to help schools incorporate this approach. But she realized that teachers couldn’t connect with students to help them with this kind of learning unless they could relate to each other. And in schools where at least 90 percent of the students were Black or Latino/a, most teachers were white women who came from entirely different life experiences.

That gave rise to We Do It For the Culture, Sams’ uniquely tailored SEL-supportive programming for Black youth and youth of color in grades 6 – 12. The hip-hop culture-based curriculum aligns social-emotional lessons with cultural elements the students already embrace. This unique alignment gives educators a bridge for connection. It not only benefits the students now, but will also serve them in the future.

“If you’re able to master the five competencies, you’re able to problem-solve a lot of situations in life, whether you’re a young person or an adult,” Sams said. “You’ll hear them in different aspects of everywhere from kindergarten all the way up to 12th grade, but they’re also being used in the corporate world as transferrable skills that employers want employees to have for all these different industries.”

In 2019, before she launched We Do It For the Culture, Sams learned about Carey’s eight-week, hands-on consulting and accelerator experience, the Community Consulting Lab.

“I believe I was about four years into running Go To Ms. Sams, and I was realizing all of the not-so-sexy areas of running a business was where I needed support – accounting, taxes, did I choose the best form to register my business as – an S Corp vs LLC?” Sams recalled. “The Community Consulting Lab program really helped me to operationalize those things within my business and gave me a check list for things I needed to do.”

Through the lab, Sams also found a consultant who helped her get her minority business certification. And she learned how to scale and refine of her business plan. Since Sams is a self-described creative person who struggles to operationalize, that learning helped her move from ideas to actions. She started looking at where she needed support: an education manager to help with the website content. An assistant to help with calendars, meetings, and other administrative tasks. A writer to help get lessons up on the website. And now, a social media manager.

“Now I actually have a team that I work with, and I can go back to being a visionary and having these grandiose ideas and have a team that can strategize and operationalize these ideas,” she said.

What’s next for Sams

Today, We Do It For the Culture is used in 33 schools, charter networks and districts across the U.S. Sams is ready for conversations with investors in order to grow the company in specific areas. One of those areas is data and research. Because it’s been challenging for schools, and in particular Title I schools, to pull together numbers and surveys during the pandemic, it’s also been hard for Sams to prove the effectiveness of her curriculum program. 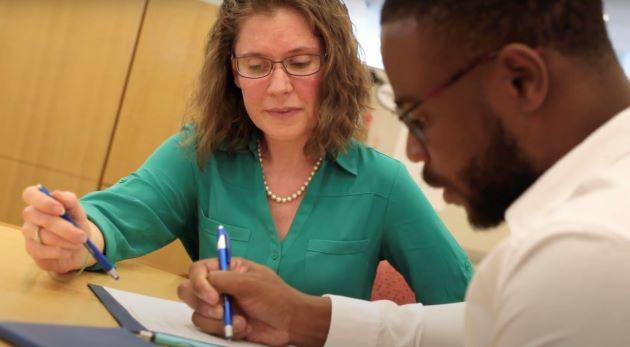 With help from the Community Consulting Lab, Sams has connected with the Community Investment Fund and will compete in its Social Impact Venture Pitch Competition in early December. If she can get that investment, she can do an independent study on the program’s efficacy, which would then allow her to be on an approved list for Title I and other funds. After that, she’d use funding to help her business move beyond using existing YouTube content they’re sourcing to align with the SEL integration of culturally relevant lessons.

“The vision is for us to, at some point, create our own content where students will be interviewing special guests, celebrities, and influencers, talking about issues that are important to them,” she said.

The Community Consulting Lab works with businesses that are ready to grow, and entrepreneurs like Sams who are willing to push the boundaries of comfort zones. Applications for business owners to join the lab will open Dec. 12.

End-of-life care can be challenging under any circumstances. Carey MBA students are helping find... 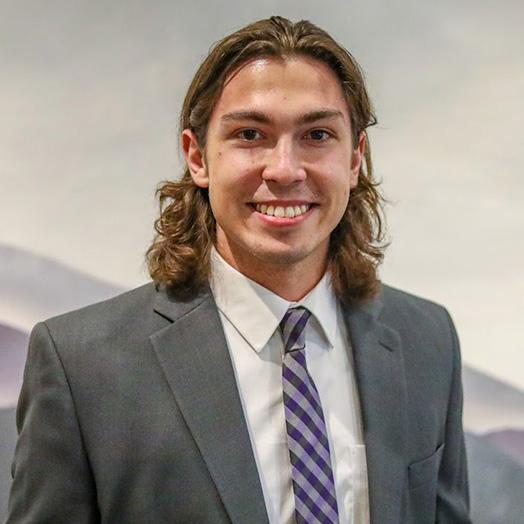