Beet Week is an annual event that brings together the Carey community to celebrate graduating students’ transition to alumni status and honor the philanthropic legacy of William P. Carey.

The Office of Development and Alumni Relations invites Carey students, alumni, faculty, and staff to a week-long celebration, featuring exciting events, trivia, prizes, and fun. Participants will gain a better understanding of William P. Carey’s dedication to beet farmers and discover ways to carry on the proud legacy of William P. Carey.

Use these custom Beet Week Zoom backgrounds throughout the week. 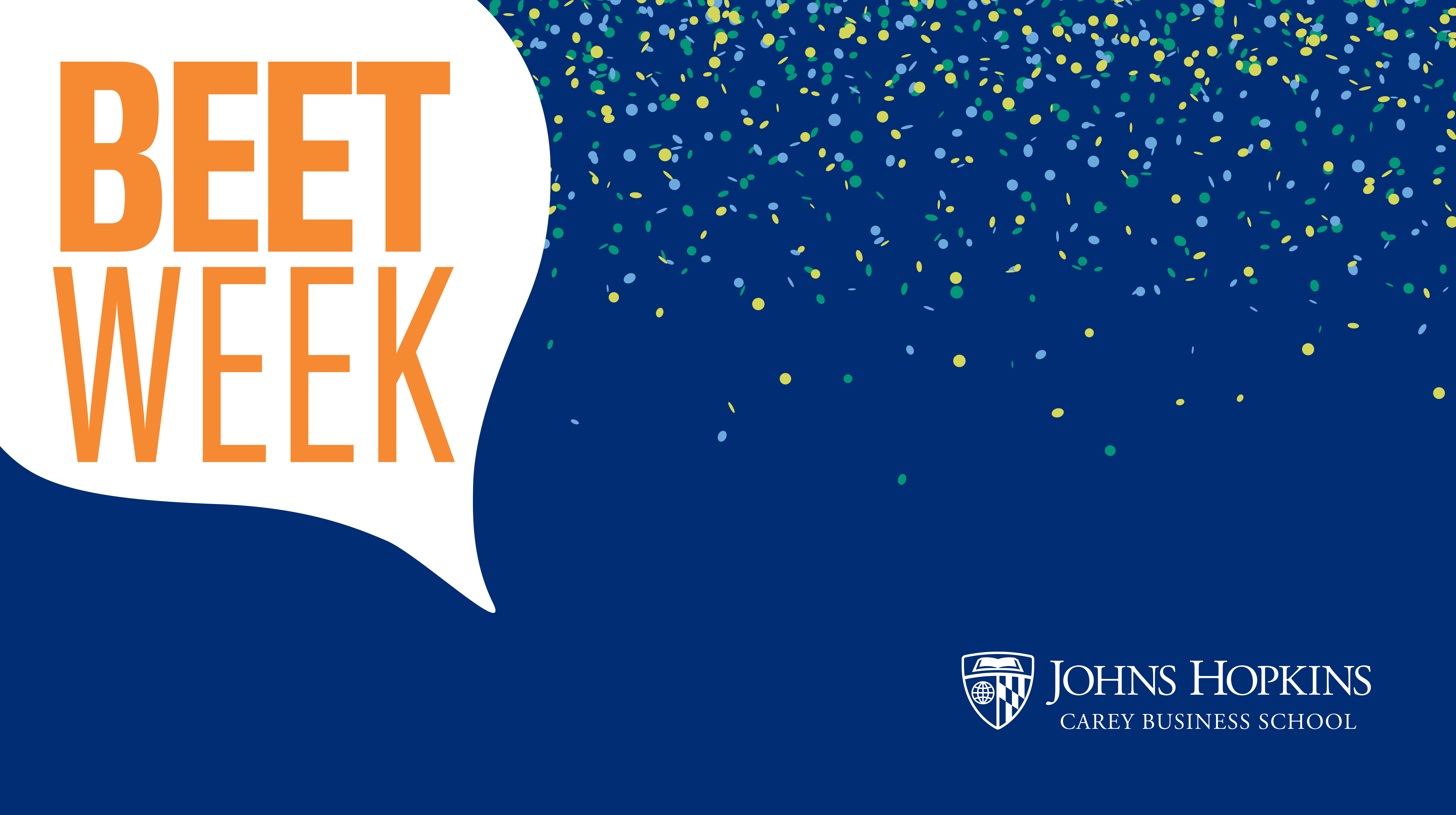 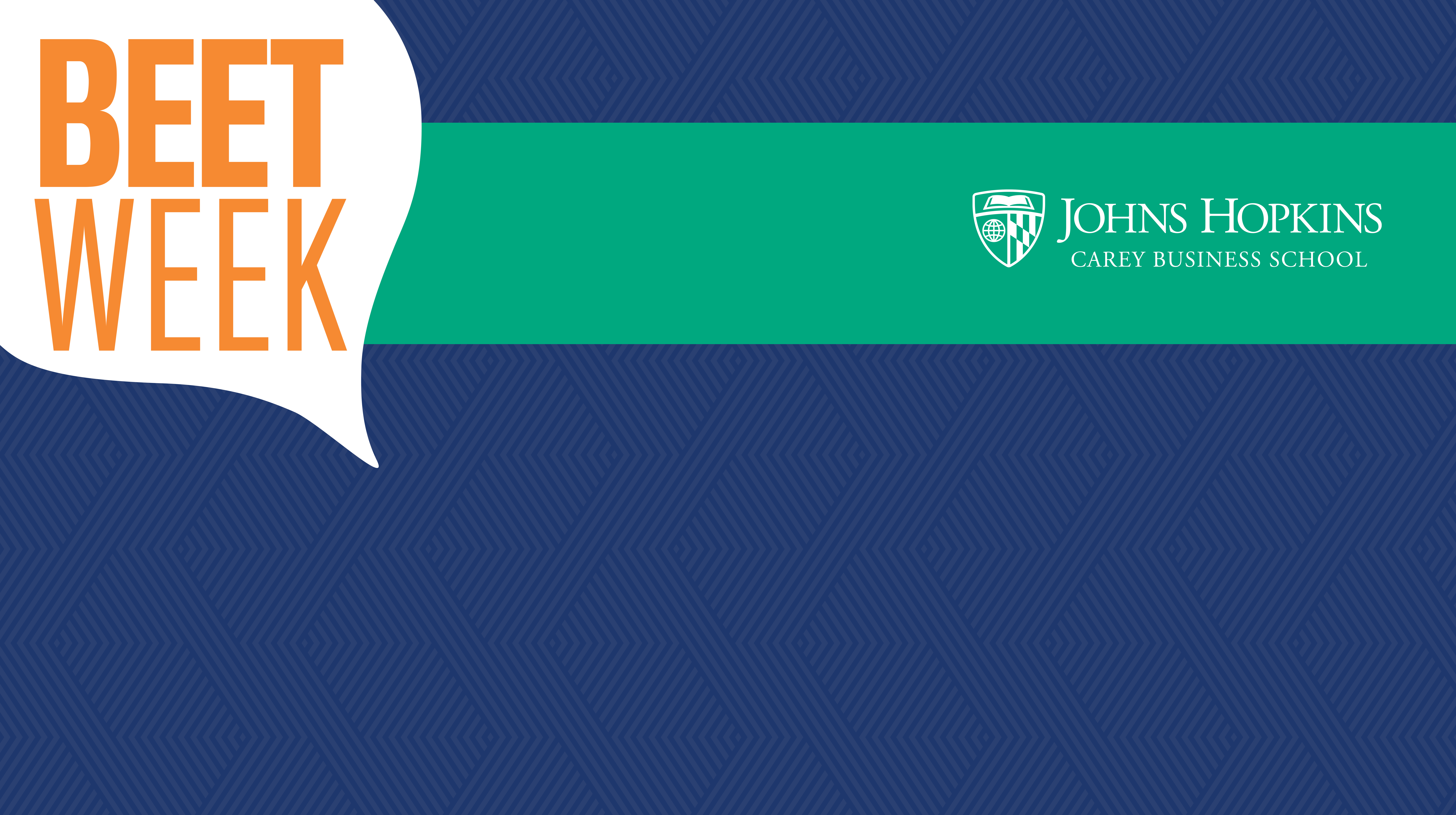 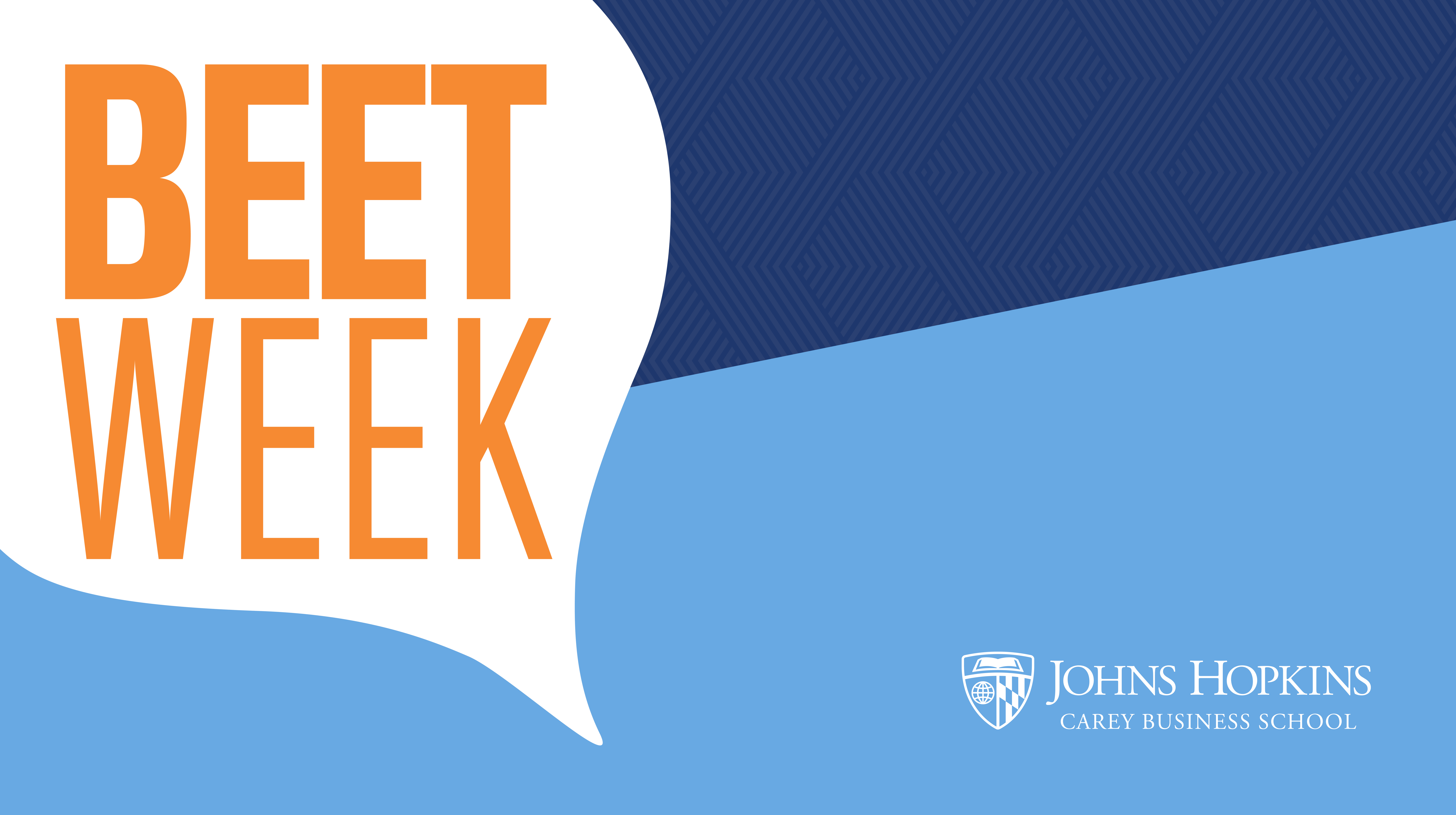 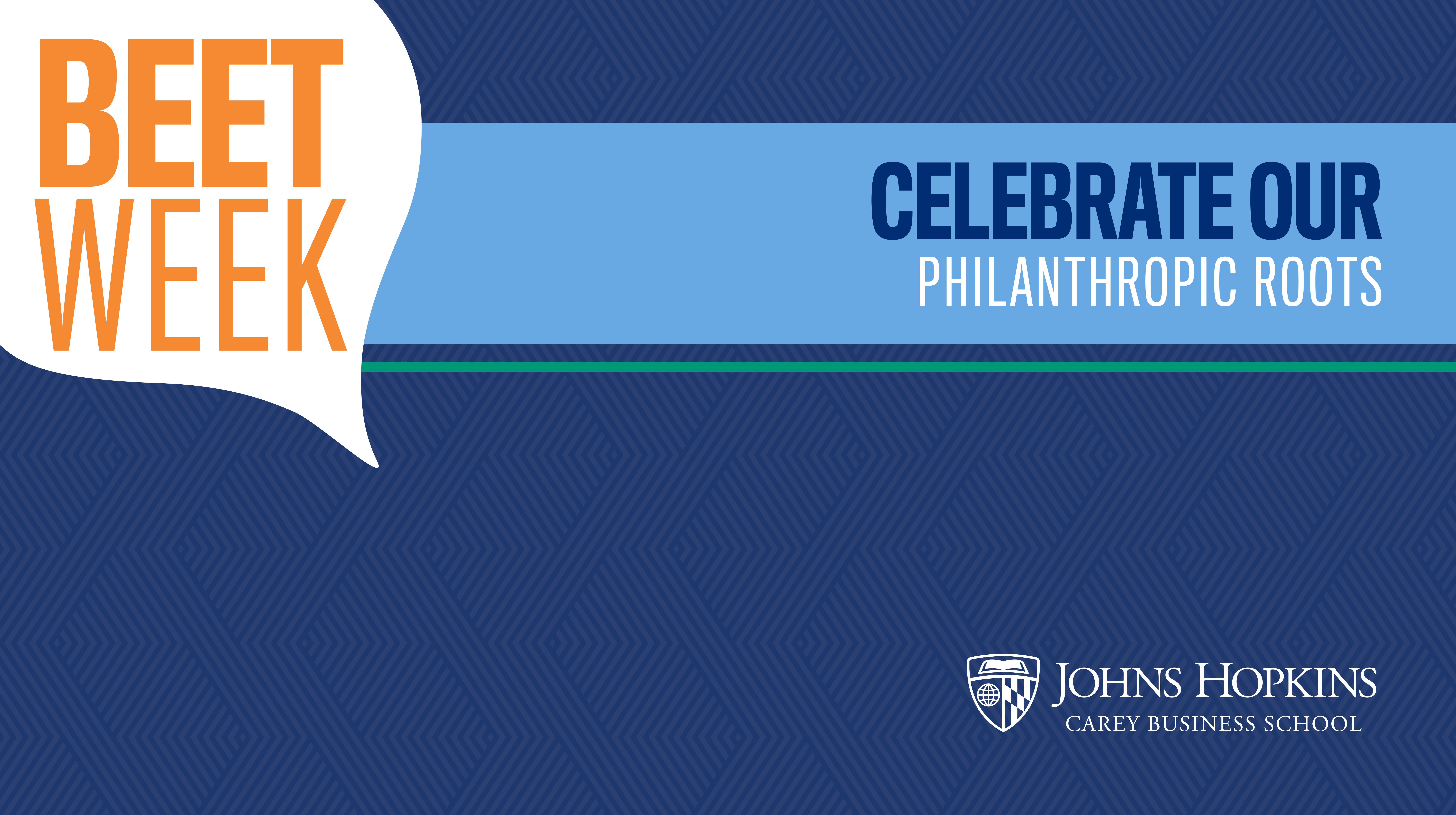 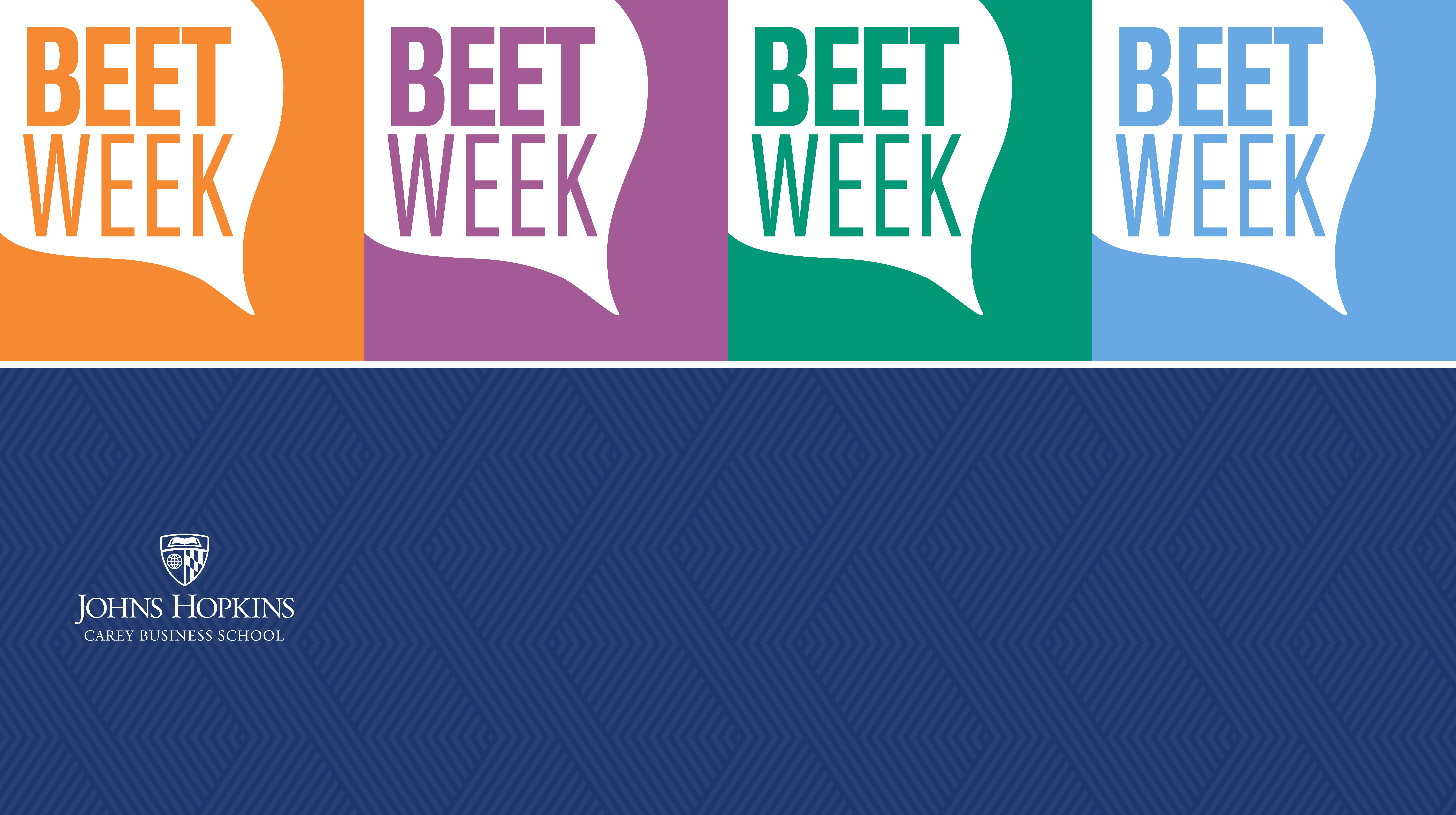 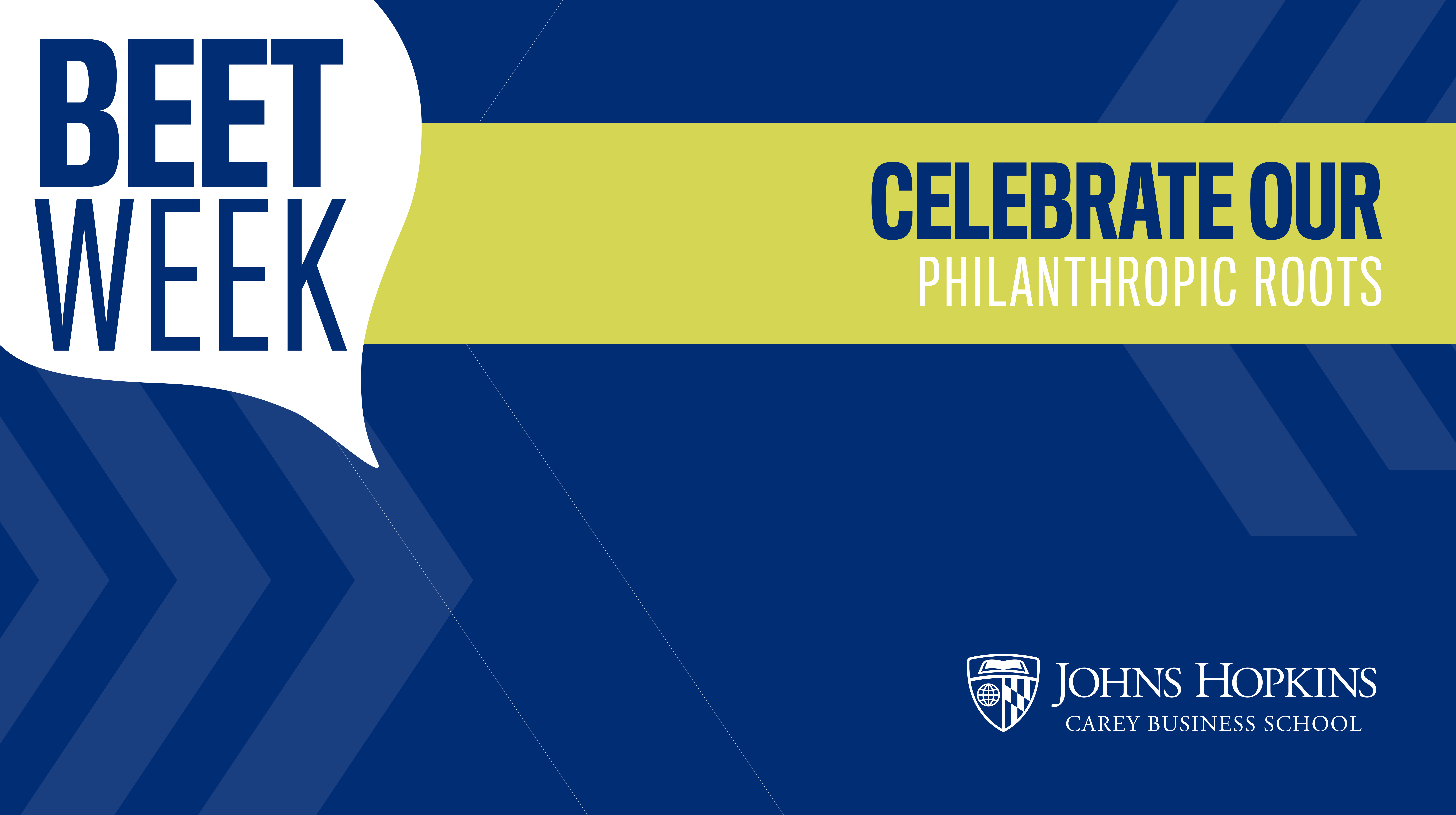 2022 is here and Beet Week is on its way! Join us for these exciting activities to get a sample of what’s in store for our annual Beet Week celebration on April 25–29, 2022.

Want to become a Beet Week ambassador and receive exclusive insiders’ knowledge or want to share ideas for 2022 Beet Week? Email us at Carey.Alumni@jhu.edu to learn about ways you can get involved.

Bring to life your Beet Week Avatar! Stop by the campus locations below to have your personalized portrait drawn by professional caricature artist.

Portraits will be completed on a first come, first served basis. A text notification waiting list will be available on-site. Recipients will have a 5-minute grace period to arrive for their portrait before moving on to the next guest.

Contribute your own ideas for activities and to be the first to learn about scheduled events.  Email us at Carey.Alumni@jhu.edu if you are interested.

The simple sugar beet is a profound metaphor of Johns Hopkins Carey Business School and its benefactor, William P. Carey’s commitment to advancing society. In the 1940s and 1950s, Colorado and Kansas farmers grew sugar beets for the National Sugar Manufacturing Company. William P. Carey’s family was a minority stockholder in the company for decades. Due to global price wars, the company was forced to liquidate in 1966, leaving farmers to absorb their losses.

At the time, a young Carey, whose $50 million gift would later establish Johns Hopkins Carey Business School in 2007, was not in a financial position to aid the farmers, but he never forgot their plight. Although not legally responsible for the debts, he pledged to make the situation whole.

Twenty years later, after contacting every one of the 80 farming families involved, William P. Carey repaid the $250,000 debt in full. Responsibility. Integrity. Dedication. Humanity. These are the cornerstones of Beet Week as embodied by the actions of our benefactor and the mission of Johns Hopkins Carey Business School.

Invest in the future of Carey

Make a gift
Jump to top of page