By reducing its interest rate to zero, the Federal Reserve aims to encourage the kind of borrowing that promotes growth, but the action also could send a discouraging signal that ends up harming the American economy, says Johns Hopkins Carey Business School Visiting Professor Liyan Yang.

In early March, weeks before Congress approved the $2 trillion CARES Act to provide economic relief during the COVID-19 crisis, the Federal Reserve responded to the emergency by cutting its benchmark interest rate to zero. The central bank declared it was ready to use its “full range of tools to support the flow of credit to households and businesses.”

Many observers viewed the Fed’s extraordinary step as a double-edged sword. Yes, it might help reduce consumer interest payments and encourage the type of borrowing that promotes growth, but it might also drive down savings rates and further discourage Americans from nurturing cash accounts.

Liyan Yang, a visiting professor of finance at the Johns Hopkins Carey Business School, is a regular observer and interpreter of Fed activity. He also is the co-author of a new working paper on the interest-rate interplay between the Federal Reserve and the financial markets. Written with Haoxiang Zhu of the MIT Sloan School of Management, the paper is titled “Can the Market Take the Central Bank Hostage?”

In the following Q&A, Yang, who is visiting Carey from the University of Toronto’s Rotman School of Management, answers the question posed by his paper and addresses other topics, including recent drastic reductions in interest rates here and abroad, and his expectation of the impact from the CARES Act stimulus package.

QUESTION: In the wake of the economic havoc wrought by the pandemic, the Federal Reserve and the Bank of England have cut their interest rates to near zero. Can you explain the rationale for such a strategy? And what are its potential benefits and pitfalls, both in the near and long terms?

LIYAN YANG: Interest rate cutting is a conventional monetary policy that central banks use to stimulate economic growth. This is typically done when central banks are concerned that an economic slowdown is looming. The rationale behind this policy is simple: A lower interest rate encourages companies to invest and consumers to borrow and spend, hence stimulating the economy.

This policy has both benefits and pitfalls. Consider the stock market as an example. A lower interest rate can be viewed as positive news for the stock market in the short term, because, other things being equal, investors will discount future cash flows at a lower discount rate.

However, if central banks cut rates aggressively – as we have seen recently – investors may begin to worry that the economy is in an abysmal situation so that they may quickly sell off stocks, leading to a market decline.

Consider a large financial institution, such as a big mutual fund, which has bought many shares of stocks. This fund will benefit if stock prices rise. A central bank tends to intervene when the market declines, because a low stock price can signal a weak economic condition.

Now the fund may have an incentive to sell some of its shares (but still retain many shares in hand) as follows: This selling depresses the current asset price, which can “misguide” the central bank to intervene and take measures to boost the stock market. This increased stock price due to central bank intervention will in turn benefit the fund through the fund’s remaining shares.

The unintended consequences mainly refer to excess asset price fluctuations due to the large investor’s manipulation. Specifically, once the investor oversells, the current stock price is depressed. If the central bank is persuaded to intervene, then the intervention tends to push up the stock price. The “lower-current-price and higher-future-price” pattern leads to excess price fluctuations in the stock market.

The lowering of the Fed rate seems fairly predictable in a crisis like this. Was it possible for the central bank to try another strategy?

Yes. The predictability point is closely related to the famous “Lucas critique” in macroeconomics (named for Robert Lucas's work), which cautions that policy makers should take into account the effects of changing expectations when evaluating the effectiveness of a policy. If it is widely expected that central banks will cut rates in a crisis, then before the actual interest-rate cut, households and businesses may have already adjusted their investment and consumption decisions. This means that when the rate cut happens, it is non-news and does not have any impact.

There are many other policies that the central bank can explore, such as conducting asset purchases, including government securities, mortgage-backed securities, corporate bonds, and even equities. By announcing that it plans to purchase corporate bonds (including high-yield) and small business loans, the Federal Reserve has gone much farther on this path than it did during the crisis of 2008-09 (when only Treasury securities and agency MBS were purchased by the Fed).

It is a safe bet that such rescue actions will be anticipated by the market in the future, and the market prices of corporate bonds and business loans can tank even lower in a market stress, because the Fed is expected to come to the rescue anyway. So, the key in evaluating the effectiveness of a policy is to understand whether that policy is expected or unexpected and how the policy interacts with expectations.

The CARES Act provides immediate relief to support households, businesses, industries, and hospitals, including cash payments to households, increased unemployment benefits, and loans to small businesses, among others. The Act is expected to have a major impact on the U.S. economy and the effort to combat the coronavirus.

According to the estimation of Penn Wharton Budget Model, the $2 trillion CARES Act will dampen the fall in GDP in the second quarter of 2020 from an annualized rate of 37 percent to 30 percent, and will produce around 1.5 million additional jobs by the third quarter in 2020. I want to add that the CARES Act, in particular, its unemployment-benefits component, also serves a social purpose in addition to the macroeconomic stimulus, by significantly increasing the well-being of many furloughed individuals.

Whether the $2 trillion stimulus plan is sufficient depends on its effect on the economy. In fact, Treasury and Federal Reserve have already taken additional actions to support the economy. The numbers coming out in this quarter will give a more informative signal. If the disruptions continue through summer, then more stimulus may be needed. Of course, as in any decision making, a serious calibration needs to balance the benefits and costs (e.g., inflation risk and excess budget deficit). 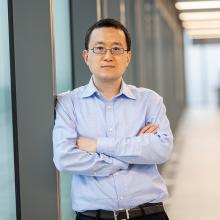 Liyan Yang is a visiting Professor of Finance at the Johns Hopkins Carey Business School and a Professor of Finance at the Rotman School of Management at University of Toronto. His research interests are in financial markets, asset pricing, and behavioral finance. He received PhD in economics from Cornell University in 2010. He is currently serving as an associate editor at Journal of Economic Theory, Journal of Finance, Journal of Financial Markets, and Management Science.