As one of the Boston Consulting Group's top leaders, Sharon has been involved in some of the world's most important business transformations. Now she'll offer an exclusive view of her career as a leader who offers guidance and expertise to corporate executives, government officials, and nonprofit boards of directors, all while balancing a demanding career in consulting as a mother. 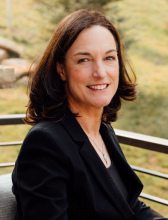 Since joining BCG in 1993, Sharon has helped transform some of the world's largest private and public sector organizations, including the largest health care and consumer products companies on post-merger integrations and restructuring efforts. She has brought corporate best practices to the public sector, helping change agents bring innovation to government entities.