Baltimore is one of the country’s oldest, largest, and most diverse cities.

Located in central Maryland on the east coast of the United States, Baltimore resides in the heart of the nation’s economic, government, cultural, and social center. In this premiere location, the city is less than an hour away from Washington, D.C. and a few hours from New York City.

The Johns Hopkins Carey Business School’s main campus is situated in Baltimore’s Harbor East neighborhood right next to the Inner Harbor. Once home to factories and businesses that comprised much of Baltimore’s industrial heart, Harbor East has emerged as the new pulse and direction setter for business in Baltimore, from established firms to newly relocated ventures and thriving startups.

Set sail on the dazzling Inner Harbor. For breathtaking city views, climb to the top of the first major monument erected for George Washington. Tour Fort McHenry, the birthplace of the country’s national anthem. Visit the home of famed writer Edgar Allen Poe and the birthplace of baseball immortal Babe Ruth. Sample wines at a local vineyard or taste what’s new at the latest brew pub. Cheer on the Orioles and Ravens. Explore creations by local artists, along with some of the finest medieval and Impressionistic art collections in existence (and everything in between). Enjoy year-round festivals, concerts, theater, neighborhood celebrations, and a spirit of welcome and inclusiveness.

Whatever your interests, the list of things to do and see in Baltimore is endless.  The following sites will help you to start your exploration:

With its proximity to the world-famous Chesapeake Bay and the Atlantic Ocean, Baltimore is known worldwide as a destination for seafood lovers. In addition to its famed steamed crabs, oysters, and Old Bay seasoning, the city boasts a full range of cuisine, served from four-star restaurants to atmospheric neighborhood eateries frequented by generations of city residents and centuries-old public markets and roving food trucks. Baltimore’s ethnic diversity is also well reflected in its culinary offerings including Italian, Mexican, Indian, Irish, German, Chinese, Korean, Vietnamese, French, Greek, Thai, and many others.

Some ideas to get you started: 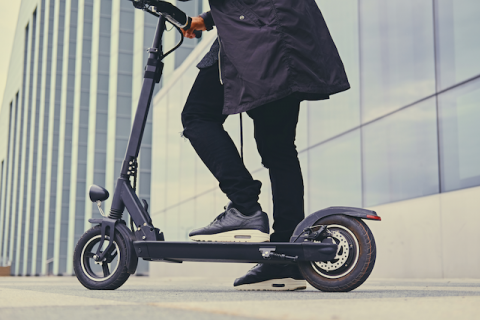 Baltimore’s central location makes it easy to get to and from the area.  The city is served by one of the nation’s busiest international airports, Baltimore Washington International (BWI) Thurgood Marshall Airport, just 20 minutes from downtown.  Other major airports nearby include Ronald Reagan Washington National Airport (DCA) just outside Washington D.C. and Dulles International Airport (IAD) in Northern Virginia, a short drive from the nation’s capital.  Major interstates, including I-95 and I-695, serve the city and its metropolitan area.

Take the office elevator to the building lobby.

We will provide an escort service to area parking garages upon request. Contact 410-605-0021 for additional information.

The university issues its Annual Security Report that describes the security services at each of the university's divisions and reports crime statistics for each of the campuses. The report is published online, and copies of the report are available from the university's Security Department, 14 Shriver Hall, 3400 North Charles Street, Baltimore, MD 21218-2689; 410-516-4600.

Baltimore boasts an extensive public bus system, augmented by a subway and light rail line.  In addition, taxis, Uber, Lyft, and city-sponsored rideshare services such as carpool and vanpool matching, plus ZipCar, operate throughout Baltimore. Commuters and visitors alike also take advantage of the time-saving (and scenic views) afforded by the city’s fleet of water taxis. The newest transportation option, ideal for short commutes through densely trafficked areas, is a fleet of electric scooters, provided by several vendors.

Some resources to consider: