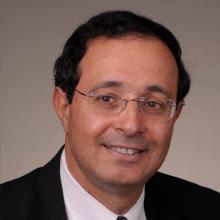 David Simchi-Levi is a Professor of Engineering Systems at MIT and serves as the head of the MIT Data Science Lab.  He is considered one of the premier thought leaders in supply chain management and business analytics.

Professor Simchi-Levi is the current Editor-in-Chief of Management Science, one of the two flagship journals of INFORMS. He served as the Editor-in-Chief for Operations Research (2006-2012), the other flagship journal of INFORMS and for Naval Research Logistics (2003-2005). In 2020, he was awarded the prestigious INFORMS Impact Prize for playing a leading role in developing and disseminating a new highly impactful paradigm for the identification and mitigation of risks in global supply chains.