Carey's Roman Galperin is recipient of grant for cross-disciplinary research

Determining that the challenges of the 21st century require cross-disciplinary solutions, Johns Hopkins University in 2015 introduced the Discovery Awards program. Its aim is to fund new collaborative projects by researchers from across JHU’s various divisions.

From the start, the Carey Business School has been represented when award recipients have been announced.

Among the recipients just named for 2017 is Carey Assistant Professor Roman Galperin, who is collaborating with School of Medicine Associate Professor Marshall Hussain Shuler on a project titled “Efficient search and its implications for patenting of inventions.” 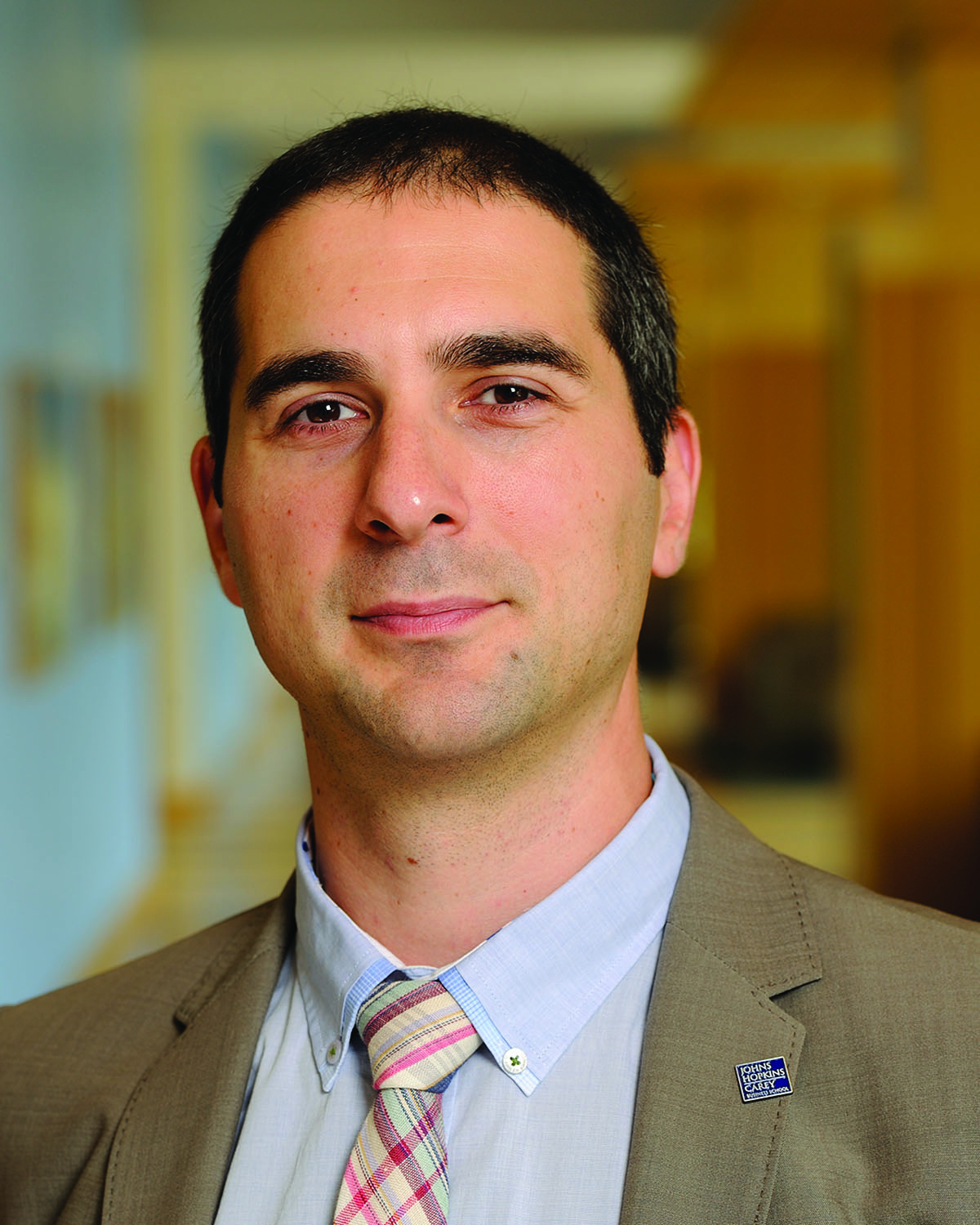 Galperin (right) and Shuler are among 26 research teams receiving Discovery Awards this year. Nearly 190 proposals by Johns Hopkins researchers were submitted by the deadline in late March. Senior faculty evaluated the ideas.

Twenty-three teams, including Galperin’s, received grants of about $100,000, while three teams were selected for grants of up to $150,000 for externally funded large-scale grants or cooperative agreements.

“This year's proposals are a testament to the remarkable work of Johns Hopkins researchers across so many fields," university president Ronald J. Daniels remarked in the Hub, JHU’s news website. “Faced with a challenging landscape for federal funding, it is critical we support these cross-divisional teams and the impact of their creativity and discovery on our world.”

“These awards inspire our researchers to find colleagues across the university ready to work together to pioneer new ideas,” added Denis Wirtz, vice provost for research. “Once again, it is exciting to see these team members clearly reaching beyond their original field of expertise to propose novel research and creative projects. We look forward to seeing what they achieve together in the coming year.”

Galperin joined the Carey Business School faculty in 2013. The previous year, he earned his PhD in management and economic sociology from the Massachusetts Institute of Technology. His research focuses on markets with information asymmetries and the role of the state in the contexts of medical services, accounting services, and consumer credit markets.

In the inaugural year for the Discovery Awards, Carey Assistant Professor Tinglong Dai was a member of one of the 23 teams selected, and last year Associate Professor Mario Macis was on one of the 24 chosen teams.